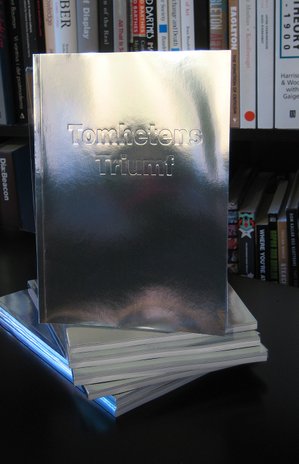 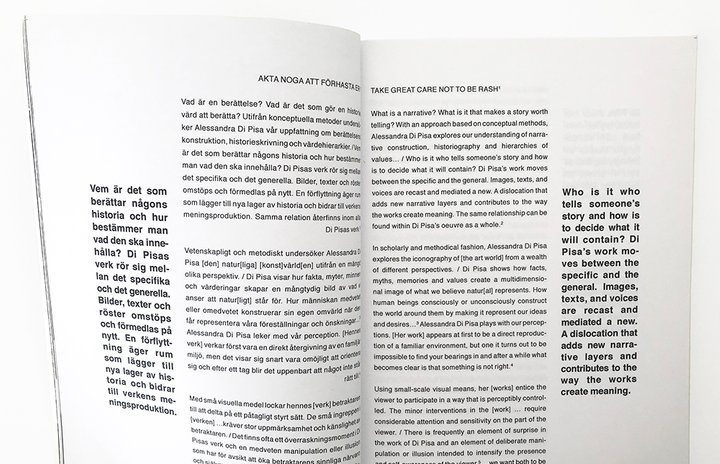 The artist book Triumph of Emptiness, 2006

The Artist Book Triumph of Emptiness is based on the artist's interest in the relationship between artistic practice and theory emerging through the rhetoric’s used when describing and analyzing works of art or artistry.

Triumph of Emptiness is similar in form to a contemporary exhibition catalog, with several texts all about the artist Alessandra Di Pisa and her artwork. But Triumph of Emptiness is a book made of compiled texts, copied from other catalogues and books on art, written about artists other than Di Pisa, for completely different contexts. However, all names of the artists have been replaced by the name "Alessandra Di Pisa", and all references to various works of art have been replaced by the title of the work itself, i.e. the title of the book.

The appropriated texts are carefully selected and have a self-referential function. The texts oscillate between functioning autonomously, as independent essays and interviews, at the same time as they are constantly referring to their distorted sources, and by doing so hardly allows the reader to distinguish interpretations of other artists' works from Di Pisa's own.

Di Pisa borrows existing rhetoric about and by other artists and makes them her own. In a world of copies and constant references, she examines how we distinguish between the concepts of original and copy, as well as the simplicity of writing new ideas into an already existing rhetorical theory. 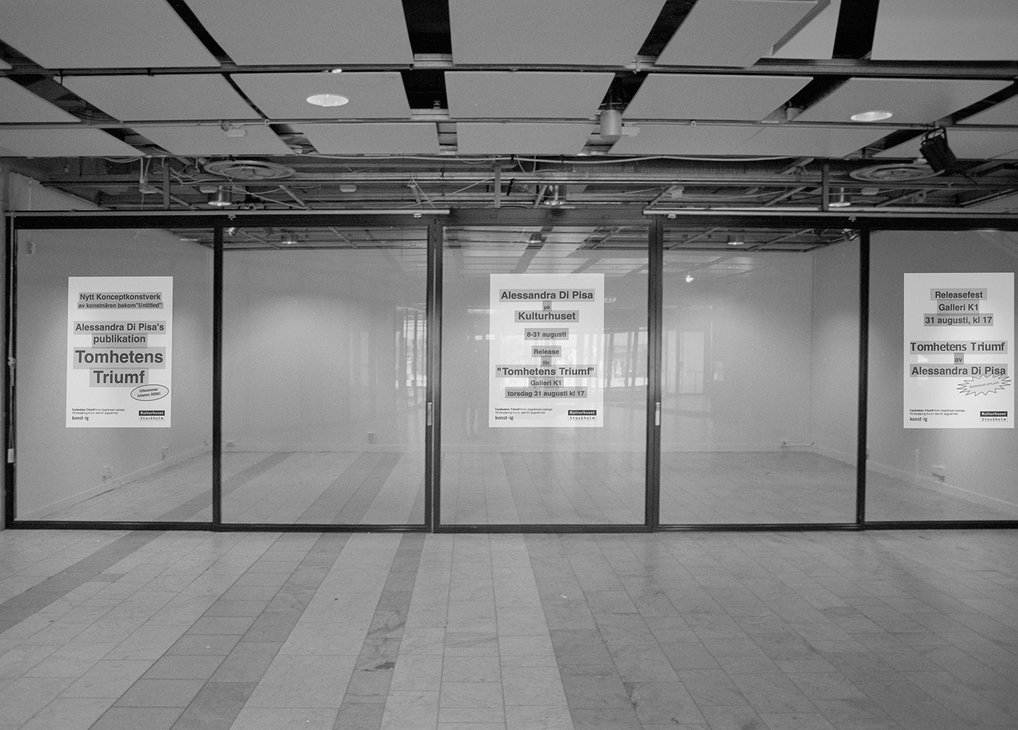 The exhibition highlights the importance of exposure and the way in which an artistic practice relies on meaning-creating rhetoric and PR. Can a line be drawn between the construction of meaning and the marketing of an art work? Are these two components inseparable at all? The work questions the idea of a work of art as autonomous and a classic marketing ploy becomes an important part of an artistic investigation. 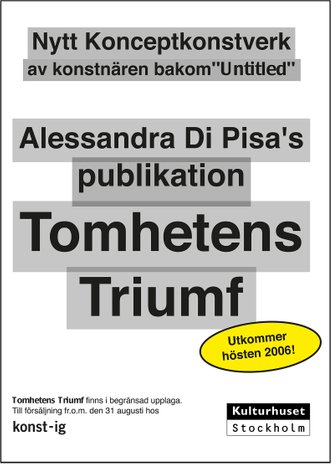 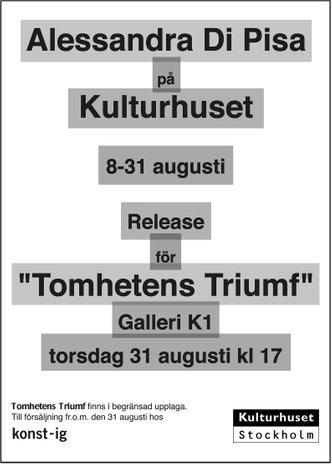 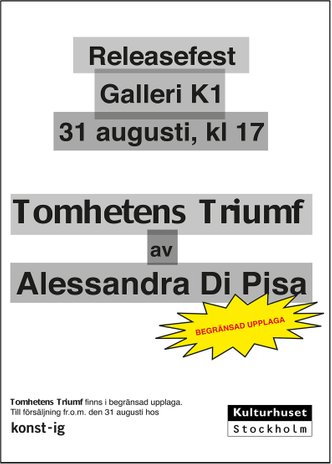 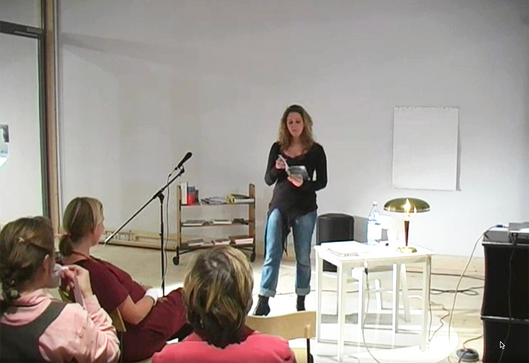 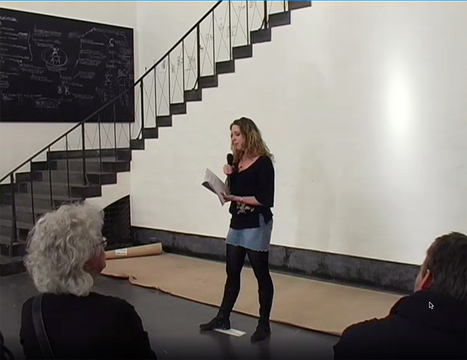 The performance A performative presentation of Triumph of Emptiness, Botkyrka konsthall, 2006

The performance A performative presentation of Triumph of Emptiness, Liljevalchs konsthall, 2007

Triumph of Emptiness is based on an interest in the relationship between artistic practice and theory through the rhetoric used to describe and analyze works of art or artistry. Rhetoric here becomes an instrument for controlling what is said and thus affects how a work of art is perceived.

The performance A performative presentation of The Triumph of Emptiness, is a meta-work located in the gap between the real and the staged, blurring the image of the artist and the marketing of the same.

The performance begins with the artist reading aloud from one of the chapters of the artist's book Triumph of Emptiness, revealing that the artist uses rhetoric to manipulate her audience, to attracted them "to participate in a clearly controlled way". After the reading, the audience is invited to participate by asking questions about the work, at the same time as the rhetoric manipulation of audience continues, leaving the audience in an uncertain state, oscillating between what is said and by whom. 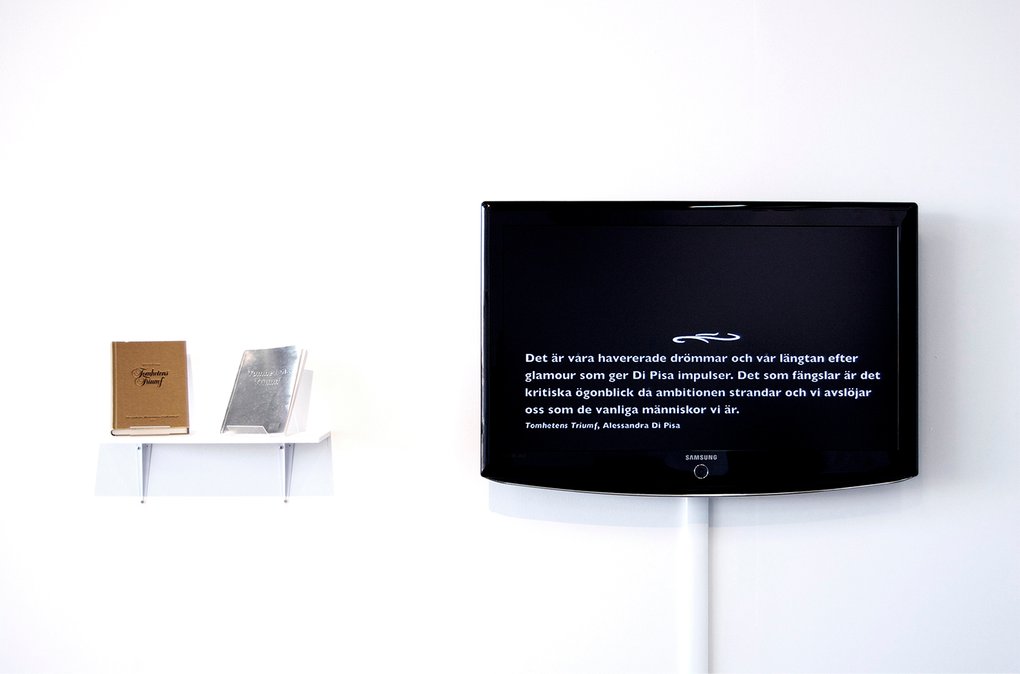 Art with its visual, tactile or spatial language is often considered to be able to express things that other forms of expression cannot. Verbal and rhetorical forms of presentation are, however, necessary in order to be able to disseminate information about works of art and thereby make them public goods. It is also with the help of rhetoric in text and speech that we formalize the purpose of a work and attribute a certain meaning to it.

The installation Triumph of Emptiness focuses on the meaning of words in relation to interpretation and experience of works of art and the work therefore only consists of slips between words, descriptions, interpretations and analyzes.